Ana & Eric are a Brazilian duo based in St John´s, Newfoundland & Labrador. Having performed in Brazil, Europe, and Canada, Ana & Eric offer a unique combination of folk, bossa nova, and Brazilian popular music, featuring original songs and covers in English and Portuguese. The duo has released two singles “Hope” and “Lights My Way” as well as their debut EP through the Newfoundland-based label The Citadel House. The EP earned them one nomination at the 2021 ECMA Awards, three nominations at the 2021 MusicNL Awards, and steady rotation on CBC Newfoundland & Labrador.

Ana & Eric have been performing together for over ten years, as part of their solo projects, as Ana Luísa Ramos and Eric Taylor Escudero. They have played extensively in Brazil, toured Portugal twice, and played in Denmark, Austria and Scotland (Iona Village Hall Music Festival). Since moving to the province in late 2019, the duo has performed in several festivals and conferences. In 2021, Ana & Eric played at the NLFolk Festival, Tombolo Multicultural Festival, and showcased at the 2021 ECMAs, Live at Heart Newfoundland, Live at Heart Sweden, ASEAN Music Showcase Festival (Southeast Asia).

Ana & Eric have also been a constant presence in local media, having been featured in Rogers TV shows Out of the Fog and Sharing Our Cultures, and written the theme song and soundtrack to the show We Are Here. The duo have also been interviewed by local radio stations CBC, VOCM and CHMR.

In 2022, Ana & Eric plan to release their first full length album and tour the Atlantic provinces as well as Brazil. 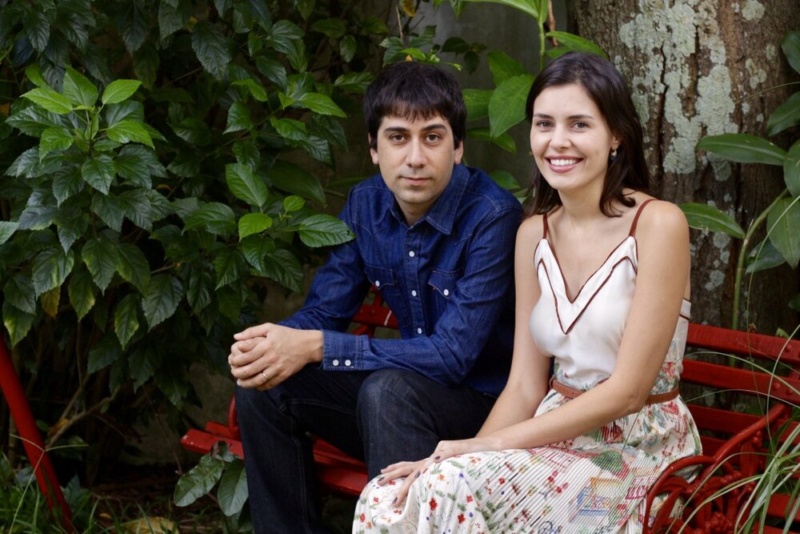 Enter your email address to stay updated with news & events: